Shoutout: Get the Facts on Drugs 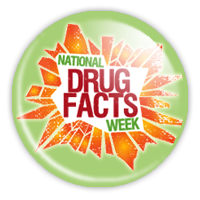 Today launches the first National Drug Facts Week challenging teens and adults who care about them to "shatter the myths" and learn the facts about drugs and addiction. In what may be a coincidence of timing, over the weekend, my daughter and I caught the Kennedy Center performance of the 2009 Tony award winning revival of the musical Hair, the myth-making 1968 Broadway musical that rocked the country with its portrayal of America’s rebellious youth. With its “peace, love and pot” philosophy, and youth revolt against the war in Vietnam, Hair captured a sense of American values gone off-track and a growing "Generation Gap" between young people and their parents.

In 1968, for the first time on stage, theatre-goers witnessed drug use onstage to the accompaniment of the drug anthem, “Hashish”, in what may be the most comprehensive musical index of illicit substances known at the time: 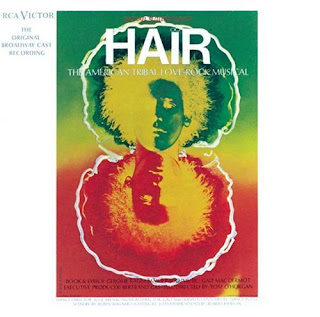 It was a time of innocence and ignorance over what repeated drug use could do to your health - beyond sending users into psychedelic spasm. And, since this was an era before the emergence of the AIDS virus, no thought to what health risks might come from engaging in sex under the influence of drugs. The world of the ‘60s was a very different place from today.

The drug culture is still with us in 2010, and, arguably today doesn't have much to do with freedom, love or rebellion against the establishment. The stresses in our world, our schools, our families and communities, contribute to an atmosphere where "escape" sounds like an easier choice than facing stressful realities. In a media culture that invades our brains 24/7, young people need only tune into MTV or iTunes to hear – and experience - ample drug-inspired references composed to a rap, rock or pop beat.

A big difference today is that we know so much more about drugs, how they influence the brain, how young people’s brains are developing, and the effects that drugs can have to hijack healthy brain development.

Unfortunately, in the 21st century, growth of prescription drug abuse – opioids (painkillers) and stimulants (prescribed to treat the symptoms of ADHD). These drugs are often found in family medicine cabinets, or bought, begged or stolen from friends who use them safely under a doctor’s care. Though not "illegal", they also alter the way the brain functions. When used as prescribed, Rx drugs are safe and effective. When you use them in ways your doctor hasn't sanctioned -- say, to stay awake, study, party, or relax -- the effect can be quite different and lead to abuse and addiction.

The famous Harvard Professor and Psychologist Timothy Leary's crafted a catchy message to young people of the '60s, "Turn on, tune in and drop out," by experimenting with hallucinogenic drugs, and so creating the drug myth that recreational use of drugs was a plus. But today, we know so much more about what drug abuse can do to disrupt people's lives.

This week, you have the opportunity to get smart about what drugs might do, before you act. Learn the facts about drugs and addiction, then think twice.
Posted by Robin Stevens Payes at 8:10 AM

Now It's Your Turn

The Wonder of Learning